Is apparently very unsettled and looking for a way out of Madrid, seems to be over money. Usually I would just dismiss the speculation but it's fairly widespread and with Barca being in for Suarez and Madrid supposedly doing a deal for Kroos they've already got plenty of other news to focus on or make stories up about.

Last summer it seemed as if he was on the way out and actually grabbed his balls in a gesture to the Bernabeu crowd when he got whislted during a substitution but he went on to have arguably his best year at Madrid so I'm quite surprised to see he's looking out, the Independent have also ran a story just yesterday that PSG are first in line to sign him after him becoming "frustrated by the lack of loyalty shown by Madrid"

If rumours are believed Perez might cash in on him and use the funds to make a move for Rodriquez.

I think United should be all over this and a €40 would surely get the job done.

Classic Madrid, getting rid of an excellent player because he isn't the flavor of the month at the moment...

Rodriguez has had an excellent world cup, but people have to remember it's only been 4 games. He's not a better player then Di Maria, maybe he will become one but he still has a lot to achieve, thankfully for everyone else though, Perez and Real Madrid are the most knee jerk club when it comes to making transfer decisions so I could easily see this being true.

We should be all over this like stink on shit.

Di Maria, Sneijder, Ronaldo...the name which come up if the papers run out of United stories

Real Madrid have got it all figured out according to their current most friendly newspaper El Confidencial. They want a bright new shiny toy and what better one right now than James Rodriguez. The Colombian is the planet's most fashionable footballer to want right now and Florentino Perez will have eyes twinkling at the thought of his big unveiling at Estadio Santiago Bernabéu.

That Angel Di Maria had a great season last time around is largely irrelevant. That the Argentine was man of the match as Real Madrid finally got La Décima in the Champions League is already forgotten. Di Maria is being ushered toward the exit and a new boy being lined up.

The character assassination has started, albeit tamely, just like it did last year with Mesut Ozil. It's Di Maria's fault, he wants too much money and is not committing himself enough to Real Madrid in interviews. The flying winger also made the grave mistake of suggesting that Lionel Messi is better than Cristiano Ronaldo, which one Spanish newspaper put up as a sure sign that he's off.

Super agent Jorge Mendes has been tasked with sorting out a transfer and El Confidencial say he's sending Di Maria to Manchester United.

Di Maria to Manchester United is 'Todo solucionado' or 'All fixed', and would allow Perez to get James Rodriguez.

Despite saying that, El Confidencial also mention the interest of AS Monaco but say that club doesn't have the pull of Manchester United. Juventus have also been linked but if they couldn't scrape together €25m for Alexis Sanchez then it's a wonder how they'll get anywhere near to Real Madrid's asking price of €50m.

Jorge Mendes is said to have already launched his 'Operación salida... y entrada', the exit of Di Maria and entrance of Rodriguez.
Click to expand...

Please be true, think it's vital we sign a winger, and there aren't very many better around the world then Di Maria.

He'd be incredible here. The perfect match of work rate and skill.

Would take him here in a heartbeat, shows up in the big matches as well which is a big plus.

Mendez owes after the Bebe fiasco

Vidal and Di Maria would probably change the calculus of who will win the Prem.

Worst of the best

It would be an incredible signing...if true or realistic I am on board

Is probably the only realist signing for the wing I would prefer over Sanchez. Di Maria is just brilliant.

I dont even care about what is going to happen to Young and Nani, if we get him.

I fecking hope so.

Danillaco said:
Is probably the only realist signing for the wing I would prefer over Sanchez. Di Maria is just brilliant.

I dont even care about what is going to happen to Young and Nani, if we get him.
Click to expand...

You care about what happens to them now though...?

I will forget all about the Bebe fiasco if this happened.

One thing that is obvious here is that we are looking for a winger. We are linked with Di Maria and Cuadrado.

I will be happy with either one of them. 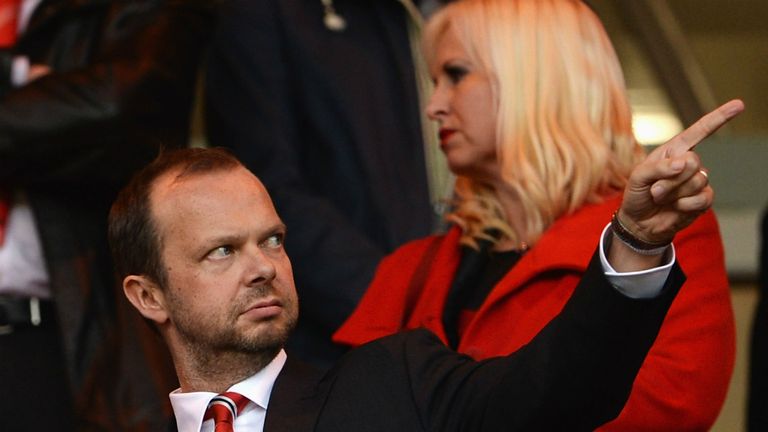 [/QUOTE
That would be the best transfer window we've ever had haha
Click to expand...

Why do Madrid want to sell him? So stupid of them.

The laws of common sense don't apply to that club.

We're crying out for a winger of the ilk of Di Maria in our team. I know we still need another midfielder but if we signed a top class winger i would be very confident going into the new season.

It wouldn't be a first for them either

Well he does wrap up deals as quickly as Bolt.

Would be a great signing.

Are you leaving Hummels on the bench for this then?

Di marias great performances this year came from midfield and not the wing, although he did move out to the left sometimes to either provide width at times or to cover defensively for Ronaldo. His versatility was his biggest asset and it is what allowed him to keep isco out of the side.

Woody sign him up, then pop over to Italy to get Vidal.

This could be a damn fine window.

Because James Rodriguez is the "in" player to talk about this summer, irregardless of the fact Di Maria is a better player and probably better fit for Real Madrid.

We were doing so well on the handsome squad front with the arrival of Herrera and Shaw though, it'd be a shame to let it slip now.

El Confidencial saying they want to sell Di Maria to buy James Rodriguez. If ever there was a club that likes new shiny toys...

I like Wazza and would keep him but if we are to play with one striker then Robin is hands down my pick in the starting XI.

I detest Real Madrid. If we end up signing Di Maria because of their stupidity though, I might just like them a bit more for comedy reasons.

Mel_F said:
If ever there was a club that likes new shiny toys...
Click to expand...

If Madrid want to move him on to make room for Rodriguez then we should be paying absolutely nothing like his true market value.

Cina said:
We were doing so well on the handsome squad front with the arrival of Herrera and Shaw though, it'd be a shame to let it slip now.
Click to expand...

Samid said:
I like Wazza and would keep him but if we are to play with one striker then Robin is hands down my pick in the starting XI.
Click to expand...

I'd play Rooney over Januzaj. Plenty of time for young Adnan to develop before he's considered a permanent starting XI player.