I’m not going to list all his achievements but you get the premise, was almost the first ever unanimous MVP the sole year he won it (criminal he only won one.).

Unguardable in his prime by anyone.


While still short in his career he boasts the third best PER of all time behind only MJ and LeBron, just. Recently traded to the Lakers he can guard all 5 positions, shoot from outside, take bigs off the dribble with ease and has a decent post game to boot. Led the league in blocks 3 times and was a lock for this years DPOY.


Big Game James, consummate team player, had a historic triple double in game 7 of the finals which had never been repeated and won Finals MVP in a team that included Kareem and Magic.

PG13 while not a legend in his own right yet, is another complimentary piece known for his all around offensive game and defence which can cover 3 positions. Has no issue working with or without the ball and offers elite play on both sides of the ball.


The first ever league MVP was a monster on both ends of the court and although overshadowed later in his career by Russell and Chamberlain nonetheless was one of the best PF’s of all time.

Averaged: 28/20 for an entire season and outside of Lucas/Chamberlain is the only player to do so.

Also has the third highest rebounding average of all time and average 24/16 for his career.


When you think of the leading scorer in Celtics history who is the first name you think of? Bird? Mchale? Pierce? Russell?

The answer is none of those but the great “Hondo” John Havlicek, a man who racked up an immense 26,395 points during his career.

He revolutionised the sixth man position leading the way for future players (like Ginobli) and was the “guts” of those great Celtic title teams and was known to be a challenge just to keep up with him on the court.

Had one of the most famous plays of all time with his steak from Hal Greer which led to the next player in my time securing the win and a 3-1 overturned deficit.

Former teammate Paul Silas expressed his fondness for Havlicek, whom he played with from 1972 to 1976.

"I loved the man. I won two championships with him," Silas told ESPN. "When I first got to Boston, we talked all the time. All I wanted him to do was shoot. And when he didn't, I'd go right at him. He really was one of the greatest shooters I ever saw. When we needed a big basket, he was always the guy we wanted to take the shot.''

The Celtics called Havlicek "the face of many of the franchise's signature moments."

"His defining traits as a player were his relentless hustle and wholehearted commitment to team over self,"

One of the many quotes about the late great Hondo.


Sam Jones has the second most Championships of all time behind Bill Russell, team player who went largely forgotten but nonetheless was a staple of the great Celtic sides with his perfect form shooting. Played both sides of the ball and also the master of the bank shot which he was said to be able to hit from anywhere.

“I never could guess what Sam was going to do or say, with one major exception: I knew exactly how would react in our huddle during the final seconds of a crucial game. I'm talking about a situation when we'd be one point behind, with five seconds to go in a game that meant not just first place or pride but a whole season, when everything was on the line. You're standing there feeling weak. The pressure weighs down on you so brutally that it crushes your heart as flat as a pizza, and you feel it thudding down around your stomach. During that time-out the question will be who'll take the shot that means the season, and Red would be looking around at faces, trying to decide what play to call. It's a moment when even the better players in the NBA will start coughing, tying their shoelaces and looking the other way. At such moments I knew what Sam would do as well as I know my own names. 'Gimme the ball,' he'd say. 'I'll make it.' And all of us would look at him, and we'd know by looking that he meant what he said. Not only that, you knew that he'd make it.”

My team is mainly picked of players who are complimentary pieces and thrive without the ball and don’t need to be the main guy to get the best out of the MDE Shaquille O’Neal, with multi-champions, MVPS, Finals MVPS and players who are willing to sacrifice for the team to reach the common goal.


In the last round we unfortunately had to drop Big O, to reunite Shaq/Kobe one of the greatest one two punches of all time. Held the record for the best post season matched only by the Golden State Warriors.


Still run the triangle through Shaq, neither the Cap or Timmy could guard Shaq in his prime 1v1 for long stretches of the game, Bryant has detailed knowledge of the triangle with Shaq adds shooting from all over the court, can spell in the post the opposite side when either Cap/TD have been drawn away from the middle by Davis.

Worthy still adds his elite IQ and cutting game to any post ups and constant off ball movement allowing easy opportunities and is suited to playoff basketball.

Assuming the lineup will be:

Still use the Zone, Timmy can hit the bank shot but defensively I feel one on one coverage if the zone is attacked through the middle is sufficient as really TD was a Center that was advertised as a power forward early on in his career.

A lot of the opposition need the ball to be effective outside of Marion, I feel we match up well on both ends of the court and have far better options off of the bench and winners throughout the squad to lead us to the W.

No player in NBA history has matched — or even come within 1,000 points of — Kareem Abdul-Jabbar’s career total of 38,387 points.

He averaged 24.6 points and 11.2 rebounds in his career, which landed him a record-19 All-Star Game selections in 20 total seasons played. Abdul-Jabbar was a key part of six championship-winning teams for the Bucks and the Lakers.

When ranking players, excellence at the peak of a career matters, and the same can be said about longevity. Kareem had both. He is the best offensive C of all time and arguably also the best C of all time.

He also possess one of the most unstoppable weapons in NBA history, which you can see from 4:30 minutes onwards in the following video. He's also not just about the Sky Hook as he is actually a great player in other aspects of the game as well as you can probably see in the video.

Quite simply the best damn PF of all time. This guy is timeless and consistent. His absolute prime and his twilight are virtually indistinguishable and all fantastic.

The great quote above covers what he brings offensively. He knows his game and he does it from the left all day long.


He's also a beast defensively and great with his positioning and reading of the game:

24.8 points, 6.9 rebounds, 6.0 assists and 2.2 steals per game, with a plus-2.4 relative true shooting percentage. That's Drexler's 5-year peak. The only reason he wasn't the best SG of his era was because one Michael Jordan happened to be playing at the same time.

He was big enough to play as SF and did so quite often. He's also just one of those players that loved to dunk.

One of the most complete players to ever grace the NBA — a great athlete who could also play defense, rebound, and hit key shots. He's timeless and dunks the ball better than anyone. The player who was deemed “half-man, half-amazing” has been nothing short of that throughout his entire career.

Something really great about a short player making it in the land of giants that is the NBA. I don't think I've enjoyed watching anyone score a layup as much as I've enjoyed The Answer. The 76ers team he played for were absolutely trash and he pretty much dragged them towards wins single-handedly at times.

Iverson is one of the greatest offensive talents the NBA has ever produced, and he succeeded as a one-man scoring machine with too much frequency for anyone to complain too loudly about his low shooting percentages and lackluster Career Contributions. After all, the former is largely because of the role he was so often asked to fill, and the latter is dragged down by the twilight of his career.

Iverson averaged 30 points per game four times throughout his career and won just as many scoring titles.

In the team for his defensive excellence and he's one of the best defensive big men the game has ever seen.

"Olajuwon and Mutombo were great defenders, but they only guarded centers. Ben can basically guard 1s through 5s, and the closest guy I saw do that was Dennis Rodman." - Joe Dumars

Another player in it for his athleticism and defence. He's one of the best and most underrated perimeter defenders of all time. Offers some excellent backup to the SF position

He's called the microwave for being a player who can heat up the court in a short time. He's one of the best 6th men every and was perfect backup to Dumas and Thomas. Johnson’s greatness wasn’t in how many points he scored, but how efficiently he scored them.

I reckon I can't vote but two great teams. Have to say I think Kareem was all-around a superior player to Shaq. That skyhook was indefensible.

Location
Somewhere in the draft forum

Epic battle for the ages this one. 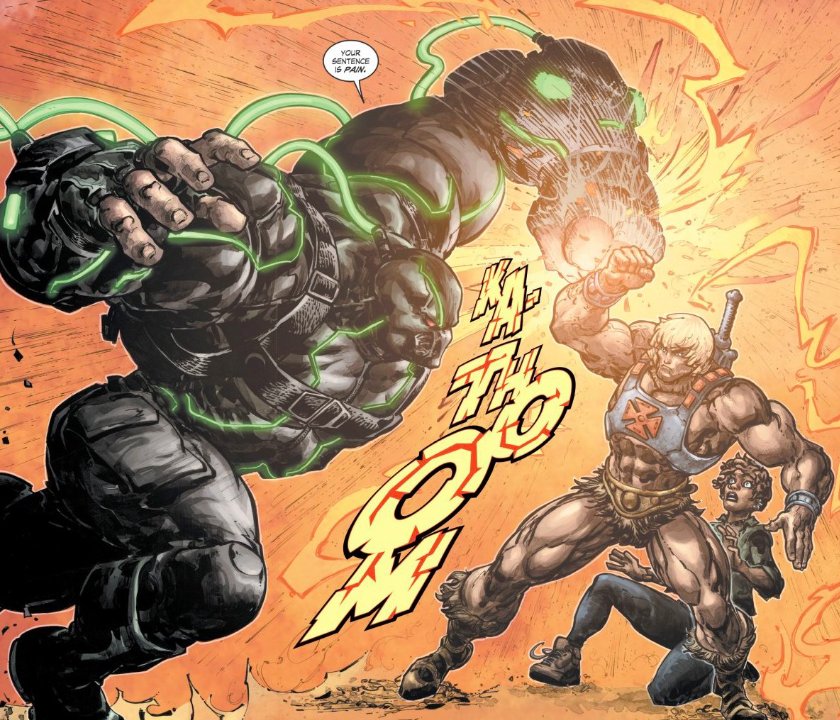 Location
Somewhere in the draft forum

bane masterfully killed the game with his wall of nothing in the OP, couldnt be bothered to research how his team looks so skipped the whole damn thing

will have to put some guidelines how the OP should look for a final.

Šjor Bepo said:
bane masterfully killed the game with his wall of nothing in the OP, couldnt be bothered to research how his team looks so skipped the whole damn thing

will have to put some guidelines how the OP should look for a final.
Click to expand...

Probably should of put the overview at the start rather than the end, didn’t see any strategy from Himmanv so thought he was going to post it afterward for a bit of debate, probably why it turned into a classic