Who is the president of Getafe's number? Asking for a friend.

Milan has had an agreement with Renato Sanches for several months: the Portuguese has already told some friends in the Rossoneri locker room that he is ready to sign. Origi, done, will arrive at the end of the month. On the right wing, a great name is expected that can make the leap.

Raphinha wants to play for Barça but sees the operation as difficult and his World Cup participation at stake.
Click to expand...

My goal is to fulfil the contract. I have a contract with Sporting, there is no point in transferring me. I’m happy at Sporting. The Portuguese League is a great league.
Click to expand...


Barcelona will get €5m and inserted a 10% sell-on clause for any future sale.

I will not take Mad Winger's name in vain

‘He will definitely stay here’, the agent said pulling out a map of the UK, with his index finger firmly on Manchester.

Milan have yet to submit an official offer to Sassuolo.

Fiorentina will offer Grillitsch a 4-year contract worth €2m net/year.

TuzlaUnited said:
Amadeus is on life support.
Click to expand...

I think him and glaston are the same person. One leaves, the other returns.

Source:
Translation:
We can confirm the message from the kicker: Steffen #Tigges is about to switch to #Effzeh . According to @SkySportNews information, the negotiations are already well advanced. An agreement is expected in the coming week.
Last edited by a moderator: Jun 9, 2022

Some move going to a Russian team now.

Very interesting, since they also extended the contract of Langer.

Besides the de Jong news posted earlier, Barcelona are also interested in Ruben Neves and Bernardo Silva to go with Rafael Leão.

Rafael Leão has the president in love, but it's complicated because AC Milan wants to renew him at a high price

Xavi has accepted the sale of Frenkie de Jong

Ruben Neves is liked as a midfielder, but there can be no trade for Nico. Barca don't want to sell him or [Alejandro] Balde [18-year-old Barcelona left back].

Laporta asks for calm, they will find solutions and they will be able to sign
Click to expand...

Xavi has accepted that De Jong will leave

The club does not want to sell Nico and Balde, although Mendes has offers for both of them
Click to expand...

These idiots don’t learn. Still have a shopping list longer than my arm without two pennies to rub together.

Fabian Ruiz has a contract that runs out in 2023 and the priority of the parties is to find a sale this summer. The project must be the right one, otherwise he could stay for another year. As of today Napoli are asking for 30 million [Euros].
Click to expand... 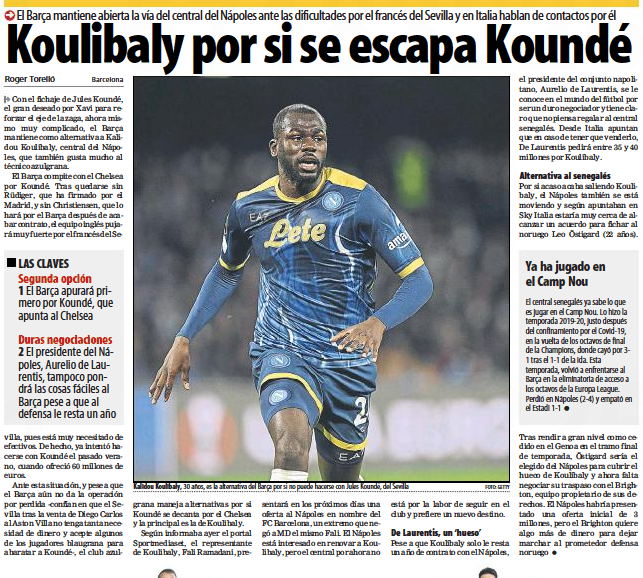 The player agreement part comes from ABC Sevilla (no author). 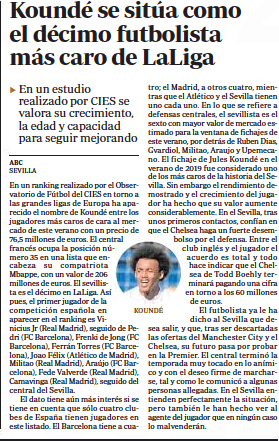 Really good player and an excellent passer. He'd work very nicely in the midfield of a team that is looking to control the game through possession...

Infra-red said:
Really good player and an excellent passer. He'd work very nicely in the midfield of a team that is looking to control the game through possession...

Big news at Anne Castroper, he's been a big reason why they stayed clear of relegation worries.

A must buy. Especially at this price. Simple as that
X
You must log in or register to reply here.