Location
half awake in a fake empire

Without going into a long debate about the use of stats in football I will just say that I am a big fan of and believer in the use of statistics and mathematics in analysing football. Over the past six months I have gathered a pretty good list of different stat resources but I'm always on the lookout for more so while I'm listing all of them here in the hope that someone else may find them useful if you know of anything interesting that I haven't included then I want to hear about it. I also included some tactics sites just because reading them is always a good idea.

And to clarify in case the mods are sensitive about people spamming their own stuff here I am in no way affiliated with any of these sites.

WhoScored.com - Database of Opta stats from all major leagues. No in depth match stats/detail but more info then you will usually find collected into one place.

Guardian Chalkboards - Limited Opta match data from all Premier League matches. Note that when you load a match and choose the event you want to look at (shots, passes etc), by clicking on the different options it filters them into more refined groups. E.g. if you choose Tackles from the drop down menu then click on Won it splits them up into Aerial, Ground and Take On (which means Dribbles fwiw). You can also move the slider on the bottom to examine only certain time ranges. This is particularly useful when collecting data on a player's passes. Instead of having to count the number of short/long or forward/backward passes all at once you can take them in 5-10 minute blocks to make it easier. Apparently you now have to sign in to access the Chalkboards.

UEFA CL/EL Press Kits - includes in depth info on CL and EL matches in downloadable .pdf format. The average player position/formation and the player passing distribution ones are particularly interesting.

Telegraph PL Stats - Limited stats on PL teams, players and referees. You can also click on a team's name to go to the team specific page then click Team X Statistics on the right hand side for more specific data on that team's players.

Bundesliga Official Site - In depth Opta data on every Bundesliga match and player. For some reason the Bundesliga has an agreement with Opta that allows them to release all this wonderful Opta data free for everyone. The site is in German and English but if you go through the English language site you can't access the spielmatrices where all the best stuff is. To access click Bundesliga at the top -> Spieltag & Spielplan, then click on the match day and the match. Under Analyse you can find a lot of match data as well as a graph charting the players' average locations as the match went on, but Matrix is what you really want. When you open up a spielmatrix you choose a player or players from the left hand side and then filter the stats on the right. It's in German but not hard to figure out using Google Translate. For example just by clicking the Leverkusen/HSV match and choosing Arturo Vidal I can see he had 51 successful passes, 6 headers, 5 unsuccessful crosses, 1 shot off target, 7 successful tackles etc etc.

French League Site - has some limited data in the pop-up box at the bottom of the screen. You can use Google Translate to figure out what all the stuff means. The dropdown menus at the top let you filter the data by matchday, team and player, home and away, by season and by specific clubs.

Marca.com Match Stats - has some limited match data. Click through the matches to get to the data.

Sports Illustrated data - has limited data on many leagues, I linked the Premier League stuff but navigating to the other leagues isn't hard. At the top of the page go to Soccer -> Leagues -> choose league, then at that page above it click Player Leaders then click Other Stats where appropriate. I use this mostly for goalkeeper data since they have info on saves, penalties saved/faced, goals allowed average, save% and shots on target faced that I can't find elsewhere.

MLS Opta Data - apparently the MLS has come to similar agreement with Opta as the Bundesliga has and will have in depth Opta data on their site available to the public. I have never used it so I don't know where to find it/if it exists but if it's there it can't be that hard to find.

Football-Data.co.uk - Downloadable historical match data from all top leagues. Very useful if you are trying to create models on how shots or corners or fouls etc influence goals or other factors. Looking at bigger picture stuff I mean. Also has historical betting data.

StatDNA Blog - Opta-like company who use their database to analyse football. Includes some Brazilian Serie A stuff.

Soccer Analysts - your one stop shop for soccermetric analysis. Acts as a collective soccer analysis blog where several different blogs (included the three mentioned above) are updated. Basically just bookmark this blog and you will get the updates from all the relevant blogs.

Analytical Football - No longer updated but includes a lot of valuable stuff in the archives like the goal differential/league points articles.

Journal of Quantitative Analysis in Sports - Academic journal, has lots of good stuff hidden in the archives. They say you need a subscription to access the articles but I just put in a fake email address and was able to download everything I wanted.

I'm sure I'm forgetting something, and I'm sure there are many good resources I don't know about. Please feel free to add whatever you can think of.

Location
I, For One, Welcome our Woodward overlord.

Redcafe's got its new very own Statto 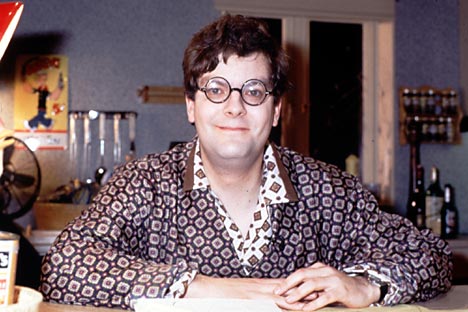 A belated thanks for this, v useful

Definately deserves to be pinned. Kudos.

I loved this bit:

Football’s shrewdest number-crunchers have always understood that data can only support a decision about a player. They cannot determine it. Biermann tells the story of how Wenger in 2004 was looking for an heir to Arsenal’s all-action midfielder Patrick Vieira. Wenger wanted a player who could cover lots of ground. He scanned the data from different European leagues and spotted an unknown teenager at Olympique Marseille named Mathieu Flamini, who was running 14km a game. Alone, that stat wasn’t enough. Did Flamini run in the right direction? Could he play football? Wenger went to look, established that he could, and signed him for peanuts. Flamini prospered at Arsenal before joining Milan to earn even more.

Conversely, the clubs that stuck with “gut” rather than numbers began to suffer. In 2003, Real Madrid sold Claude Makélélé to Chelsea for £17m. It seemed a big fee for an unobtrusive 30-year-old defensive midfielder. “We will not miss Makélélé,” said Madrid’s president Florentino Pérez. “His technique is average, he lacks the speed and skill to take the ball past opponents, and 90 per cent of his distribution either goes backwards or sideways. He wasn’t a header of the ball and he rarely passed the ball more than three metres. Younger players will cause Makélélé to be forgotten.”

Pérez’s critique wasn’t totally wrong, and yet Madrid had made a terrible error. Makélélé would have five excellent years at Chelsea. There’s now even a position in football named after him: the “Makélélé role”. If only Real had studied the numbers, they might have spotted what made him unique. Forde explained: “Most players are very active when they’re aimed towards the opposition’s goal, in terms of high-intensity activity. Few players are strong going the other way. If you look at Claude, 84 per cent of the time he did high-intensity work, it was when the opposition had the ball, which was twice as much as anyone else on the team.”
Click to expand...

But those renditions by Giles Revell are absolutely pointless.

Location
Nothing is so common as the wish to be remarkable.

Modmins, this could be stickied.

The above link no longer works.

I suppose a 40 yard belter or FK is considered a "chance" as well? Hence would explain Ronny's dismal stats.

Touches per goal is a pretty rubbish statistic. A poacher is a better striker than someone who is involved in the build up?

Pexbo said:
Touches per goal is a pretty rubbish statistic. A poacher is a better striker than someone who is involved in the build up?
Click to expand...

Well it depends what you're using your statistic for! As you mentioned - the stat doesn't prove who the better "striker" is but if you had no idea who the players mentioned were, just taking a quick squiz over at touches per goal, you'd be able to guesstimate and separate poachers from playmakers...IMO anyway

And to have any idea as to the superiority of the player - you'd need to take a ton of statistics into consideration, together with another means - like watching the player, your expertise etc. As stated above, statistics aren't used to make a decision but rather support one. Isolated statistics are especially useless.

Have you ever been in love before?

Pexbo said:
Touches per goal is a pretty rubbish statistic. A poacher is a better striker than someone who is involved in the build up?
Click to expand...

No-one's said it makes them a better striker. It might help distinguishing between the better poachers, though.

I'm an idiot and I can't decipher whoscored.com's abbreviations. Does anyone know what the rest of these categories mean? I can't find a key that explains them.

I'm looking at the 'box score' from the Cluj game.

There are 4 categories, Summary, Offensive, Defensive and Passing, lemme lay it out, I think I have about half of them:

Goo - this is the glossary down the bottom.

@ the OP - Kudos good little post with all the gathered info. Couple of good sites I will now use.

Ah, thanks, it was probably right in front of my face!

Goober, I have also discovered you can just mouse over them and see what they mean..

Hmm...i could swear I tried that...oh well, I'm always up for looking stupid, as long as I learn something!

Location
In a tree, spying on the next opposition.

Just found this, and liked it. It would be great if we could add to that list, five years down the line.

Superb ! But United fans are going to hate you giving me this ammunition as they feel I quote more than enough already

Location
In a tree, spying on the next opposition.

Rafateria said:
Superb ! But United fans are going to hate you giving me this ammunition as they feel I quote more than enough already

Nah, that's fine. This forum is used to Liverpool fans talking about the past.