The Zlatan does not play on the wing Thank feck we beat him to the signatures of Manucho, Dong, Diouf, Djemba and Miller.

I presume most 'big' clubs make enquiries for the best youth players.

For some reason the media are reporting it like Arsene is the oracle.

I bet somewhere there's a really brilliant 17-year-old not signing for Arsenal as we speak.

Location
'It's for the Arsenal and we're going to Wembley'

Journos love Arsene - he chats to them and gives them stories when there's nothing worth saying.

Could you imagine if people listened to him and scrapped the work permit. The amount of tut players coming to the Premier League and English football would be untold.

Location
Don't look at my tag. Not native English speaker

Acole9 said:
Could you imagine if people listened to him and scrapped the work permit. The amount of tut players coming to the Premier League and English football would be untold.
Click to expand...

The problem is this country's FA needs to get their head out of the sand and address the real issue. The issue isn't foreign players the issue is this country has a poor set up when it comes to developing players at a young age. Spain doesn't have visa restrictions yet seems to be managing just fine don't they?

This country has notoriously had poor coaching for years now and until that is rectified nothing will improve.

Can't believe no one has mentioned Martial till now:

If Wenger had his way, however, Martial could be lining up for the north London side, rather than against them.

“I was surprised they sold him,” Wenger told several national newspapers. “The amount of money was massive. I believe that you could think that, if you are Monaco, you could have sold him as well next season.

“Only an acceptable amount of money after could do it. We always liked him, even when he was in Lyon.”

Surprise surprise, has he said he nearly signed B. Bjarnason yet

If true, wow that's got to hurt. Arsenal have champions league and they are in London. It must be the Wenger mentality which put him off.

Well, he did sign Robson-Kanu when he was 10 tho, props to him

Wenger. Worst yet, he always seems to come out and admit these stories after the fact, when the player has signed for another club and turned out rather good

Like seriously Arsene, that would piss off the Arsenal fans even more, not make you seem like some master scout to them.

horsechoker said:
If true, wow that's got to hurt. Arsenal have champions league and they are in London. It must be the Wenger mentality which put him off.
Click to expand...

Or it could be complete made up nonsense on Twitter?

Saying that I heard we were interested in him, the offer he had from Man Utd was far in excess of what we'd pay. Wouldn't sound far off, Man Utd do pay top whack. On the other hand there is no Arsenal player on more than £140k a week.
Romelu Lukaku

horsechoker said:
If true, wow that's got to hurt. Arsenal have champions league and they are in London. It must be the Wenger mentality which put him off.
Click to expand...

I could be the price of play-doh. We would never know why I player rejected one club for another unless the player said it. A lot of times deals don't materialize is because of agents. A lot of managers don't work with a lot of agents.

Wenger logic: Almost signed anyone who went on to be a top player.

Thank Christ he never got Mkhitaryan.

He'd be a massive improvement on their wingers.

crossy1686 said:
So it appears Wenger's at it again with his tales of 'if things were different he would be playing for us'. This is in regards to trying to sign Di Maria when he was 17 but the deal fell through due to work permit regulations. I've personally lost track of all the players Wenger reckons he could have signed or almost signed so lets compile a list and see what that Arsenal team could have looked like if Wenger would have got his man each time.

Goalkeeper: Petr Cech - Work permit issues made Wenger miss out on Cech back in 2002 and he instead went on to sign for Rennes in France, eventually moving on to Chelsea.

Midfield: Yaya Toure - Wenger turned down Yaya after having him on trial as a youngster. Yaya then went on to join Olympiacos instead and become one of the best midfielder's in the world.

Striker: Zlatan Ibrahimovic - About to sign from Malmö but Wenger asked him to play a trial. Zlatan doesn't do auditions. Transfer off.

Striker: Messi - The story goes that Arsenal's refusal to buy Messi's family an apartment in London saw the deal fall through. I'm sure Wenger would have given him his own home if he knew just how great he was going to become. Arsenal were keen at the time but not THAT keen as they'd just secured Febregas.

Striker: Cristiano Ronaldo - Shown around London, given an Arsenal shirt with his name on the back by Wenger, who also confirmed the transfer with Sporting, all done after wooing Ronaldo's mother. Then United play Sporting in 2003, Sporting win 3-1 with Ronaldo running the show. Carlos Queiroz works his magic. Another one that got away.

There are more out there, some are somewhat dubious but Arsenal could have one hell of a team if Wenger would have got the players he wanted. There's a running theme in all of them though, if Wenger would have simply tried to be less tight with his cash (like now) he would have landed an incredibly impressive bunch of players.
Click to expand...

Even if this is true I bet Wenger and the board still stand by this dodged bullet. London property is ridiculous, would have to increase season tickets even more

I heard he almost signed god, but then realised he needed a couple more days to create the world.

Later he tried to sign Jesus, but his move got blocked by a large boulder.

Then there was Elvis, but he crash landed in a UFO on the loch nesses head and then put an end to that other lanky winger that he was due to sign. 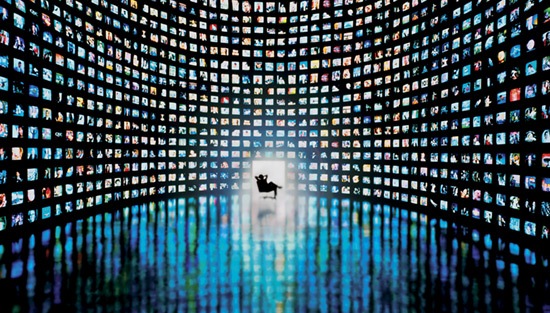 This is how Wenger almost signed so many players. He is running 500 monitors with Championship Manager lol
N'Golo Kante

The Art of Football

Ffs just watching this on Sky, what a fecking clown

CM10 said:
I wonder if this is just a running joke he has going on with the press
Click to expand...

Getting to the point now he must be aware, just claiming that of course there was a chance they could sign these players. Even Accrington Stanley have a chance...a very fecking slim one.

Why does he even mention it? Even if blatantly asked by the press, what good could come out of saying you nearly signed a top player that you'll never get the chance to sign again? There's nothing to gain and so much to lose.

Think he loves being the "almost" man. Probably does the lottery every week and thinks he almost wins every time.