The Oasis Draft - Drafting is Live

One it limits the player pool so makes it more challenging to draft. Secondly, I find that discussing players who have had their peak years makes for a better discussion and there's no chance on voters taking into account potential e.g. how would Mbappe be rated if he now for some reason retired? Having a cut off at 1986 means that the youngest player eligible for drafting is 33 years old so has almost certainly had his peak years.
A player who had his first international cap with a UEFA affiliated nation from and including 1954, or had his first international cap for a European country which has at least part of its territory in Europe. In the unlikely event of an uncapped player being picked he will only be European if he was born in the continent of Europe, overseas dependencies do not count.
'Played together at club level' will be defined as sharing at least one season with another player at the same club; if they did not move prior to the start of the league season e.g 15/16, they will have shared the season 14/15 as well as 15/16. They do not need to have been on the same pitch at the same time. Basically any time shared at the same club during the league campaign counts as played together; note however, if they were on loan for an entire season the club that they were loaned to will count as their club for that season. The only exception is if they were owned by the same club but one player did not play any senior games during that season (probably due to injury). So for example, if two players had one senior club team appearance at the same team in the 71/72 season in different games, even as a sub, they will be counted as playing together.

Major Tournaments include only the following:

There shall be no subs during the game, but tactical changes are permitted.

Voting will be done on a win/lose basis with the score being kept hidden until you vote but you can change your vote given the fact there will hopefully be some in game changes.

In the event of a draw whoever has the best goalkeeper will win. This will be decided by our all time goalkeeper poll (with the exception of Shay Given who was a joke inclusion). In event of any keepers being picked a neutral committee will rank them but of course would be rated lower than any in all-time keeper poll.


Average pick times are a pain to keep track of and are unthematic. Assigning points based on how difficult the sides were they played gets messy after the first round to even weight the achievements and can unfairly penalise a side who for no fault of their own had easier match ups in the early rounds. Best keeper then seemed the cleanest and most thematic (it also came top on a poll on the subject a few weeks ago)
Tactics for the OP will be limited to 2500 characters to be used how the managers see fit (it may make sense then to link to player profiles in the main draft thread). If it's any longer the match starter should just cut off the OP at 2500 characters. Please spoiler gifs as it will be quicker to load and not use as much data on mobile.

NB. In the case of having duo managers one will have to be the main debater with the co-manager only allowed three posts per thread to prevent double teaming.

The reinforcements will be an open pool with the exception of the first two picks of each side in the initial drafting phase who will be forever blocked - this is to prevent the GOATification of matches. Two reinforcements before the QFs and SFs and one before the final so the teams consist of over half of the initially drafted players.

Reinforcements will work on a reversing snake each round. 1st in the original draft order goes last in the QFs, first in the SFs and last in the final.
Last edited: Sep 4, 2019

Šjor Bepo said:
if it fails at least i had a good 10 minutes of Oasis
Click to expand...

You are beyond help.

Jim Beam said:
You are beyond help.
Click to expand...

Where were you while we were getting high?

Šjor Bepo said:
Where were you while we were getting high?
Click to expand...

@Jim Beam You in?

Physiocrat said:
@Jim Beam You in?
Click to expand...

Struggling with work and some other stuff, so not sure yet.

Jim Beam said:
Struggling with work and some other stuff, so not sure yet.
Click to expand...

I am back to the circus games.

Ecstatic said:
I am back to the circus games.
Click to expand...

So we cannot pick any player born after 1986? Just checking if I understood that rule right.

So we cannot pick any player born after 1986? Just checking if I understood that rule right.
Click to expand...

Yep, all players born on or after 1st January 1987 are ineligible

All matches to be completed within a week of the draw. No shows will forfeit unless there are serious extenuating circumstances. Even if you can't put together an OP just send a team sheet. It would be good if you could send your stuff to me two days before kickoff to prevent delays.

Happy to announce that my days as a draft dodger are finally over. Gonna team up with Physiocrat as his assistant.

Synco said:
Happy to announce that my days as a draft dodger are finally over. Gonna team up with Physiocrat as his assistant.
Click to expand...

Probably won't have the time.

I'm a definitely maybe at best - could be an AM if someone else wants to pull together the masterplan.

harms said:
Probably won't have the time.
Click to expand... 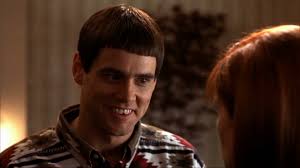 You know drafts are slow when gio offers his help and nobody bites for 10+ minutes...

Location
Behind the right goal post as "Whiteside shoots!"

Šjor Bepo said:
You know drafts are slow when gio offers his help and nobody bites for 10+ minutes...
Click to expand...

But he managed to get a few Oasis puns in.

Thanks for the tag but been drafting non stop for 3 years now, gonna take a little break! Will be spectating though.

BIG DUNK said:
I will play.
Click to expand...

Only 5 more to fill. Please tag anyone I have missed.

Four places to go
Threadmarks
You must log in or register to reply here.
Top Bottom