Almost fell off my chair when he made a run down the channel and Young played the ball. Had a massive head start and still looked no way near favourite to getting it.

He had a decent game but his physicality is what makes him redundant now. He should not be in a club like Manchester United.

I thought he was decent, showed his quality when afforded time and space. Issue of course is that he doesn't get that in the league or domestic cups.

And people are right, it's basically rotation between him, Lingard and Pereira. We really need to sign an actual #10.

When he actually got on the ball his quality was clear to see, that's never been in question to me, but the speed of the match tonight was way off a PL match.

The question is can he get on the ball enough to offset his non-existent physicality in the PL? If you look over this past year, i would say no.

In a PL match, how many times does he get time and space with no-one around him? Almost never.

Mata used to always make up for his lack of physicality with his end-product, but he's now lost that too, judging from his last few years here.

I would say he can do a job here and there in low intensity matches when we need to rest players, but other than that, he should move on at the end of the season to MLS maybe.

Sign a proper #10, a RW and keep Pogba and this team will be solid. I think the club knows this as well, so I'm praying that we luck out with our next two transfers.

I think he was crucial today. The off ball movement, link up play & his passing are the difference. However, this is his level right now. He won't get much of space in EPL (Partizan really gave him a lot of space) & physically he can't keep up with high tempo of PL.

Being good today won't guarantee him starter over Pereira or even Lingard in the league game. This is why we need to upgrade the no 10 role in January if Ole wants to have a chance for top 4 this season. Important role needs to be given to a top player.

In games like these, where we are going to spend the majority of the game in opposition half, Mata has to play. The only guy (among the 3 options we have) who can play smart 1-2s with our forwards and his off the ball movement helps create space for our forwards

Location
Behind the curtains, leering at the neighbors

Legs have gone, but Old man Mata is still heads and shoulders above Lingaard and Pereira in terms of actual usefulness on the pitch. Yes, hes slow and weak and get bullied a lot, but unlike the other two he actually manages to get involved in some decent build up play, and even when he is not directly involved hes useful, because he makes those sneaky runs that drags defenders all over the place and opens up space for others

Teja said:
Sign a proper #10, a RW and keep Pogba and this team will be solid. I think the club knows this as well, so I'm praying that we luck out with our next two transfers.

I think the #10 is our most crucial signing, then DM after that because in James, Greenwood and even Dalot we an assortment of players that can be useful on the right. Funds permitting we sign all three but we desperately need a #10 in January to have a chance of getting something this season.

I agree that he is too slow and the physicality of the PL is not for him anymore.
That being said his passing is so clever and accurate. Nearly always finds his man, never over- or underhits a ball like Fred, McTominay, Rashford etc.

If I were him I would switch into a league where the football is a bit slower and not as physical. He could still do more than a good job in Italy or France I guess.

The only one who is able to provide through balls, and intelligent 1-2s. Also his off the ball movement is good. Shame his legs have gone. But on his day still twice the player than Lingard and Pereira combined. We need a proper number 10 to "replace" him if you will.

Godfather said:
The only one who is able to provide through balls, and intelligent 1-2s. Also his off the ball movement is good. Shame his legs have gone. But on his day still twice the player than Lingard and Pereira combined. We need a proper number 10 to "replace" him if you will.
Click to expand...

Some were getting really sauced off his performance last night, he was decent and these are the games we should be using him in.

Partizan would be on a par with perhaps Millwall, and it's the first time Juan has been half decent for many months, so mid-table of the Championship seems to be around his level now.

If we insist on playing a 4-2-3-1 then IMO it should be Mata. Perriera and Lingard just aren't good enough. They don't see the game like Mata does and take too many touches. I'm hoping with Fred putting in some decent performances that Pogba can play in the #10 when and if he comes back, but until then, if we insist on this formation, Mata has to be the choice for me...

In terms of Mata v Lingard v Perreira it's less about who is currently better (because none of them are good enough anyway) and more which of them is best suited to a given game. Mata has declined massively but there are still occasions when his superior technique and far superior intelligence come in handy, yesterday being one.

Don't see any other player in the squad bar Pogba capable of being the link player or playing the balls Mata can. 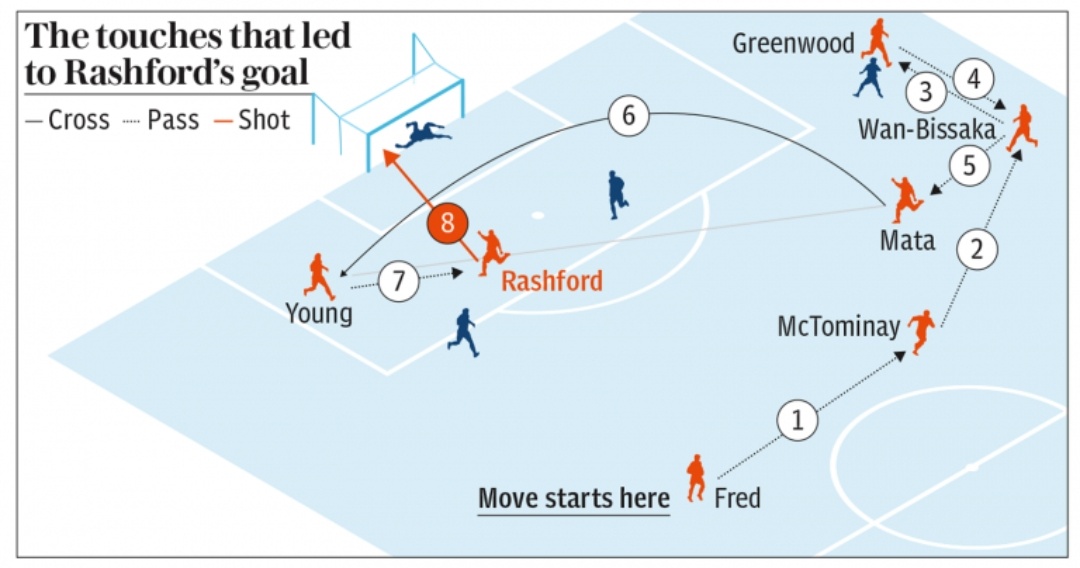 MyOnlySolskjaer said:
Don't see any other player in the squad bar Pogba capable of being the link player or playing the balls Mata can.
Click to expand...

Really? The first good performance in 3 months, and suddenly become that player other than Pogba? Don't forget he played badly at away game vs the same oppenent Partizon two weeks ago.

Complete passenger. Gifted a 2+1 year contract on the basis of being a nice bloke. Unbelievable.

The worst thing is he got himself into good positions but unlike a proper number 10 he didn't raise his head up and find a team mate in the box. He is a total clown, hope to never see him again

Did anyone need a reminder that he's long been past it and not up to speed for the premier league?

13 matches with no goals and assists. FFS even Lingard has a goal and an assist.

As soon as I saw him starting I knew it would be a tough game. Its like playing with 10 men. We can only play quick, counter attacking football and with him on the pitch it's an additional touch, turn, get the ball out of his feet, have a look around and pass. Its so unnecessary and slows everything down.

Was like we had 9 versus 11 with Mata and Pereira on the pitch for us..Why do Ole play these 2 stooges.

I'm sure we never win when he starts. Useless as usual.

Location
Behind the curtains, leering at the neighbors

Lovely person, but hes so far past it now its not even funny.

The standards are so low, that if he makes a goal or an assist in the next 20 games, someone on here will feel he should start and is actually performing well.

He isnt good enough to be in the squad, should be in the stands every single week til he leaves.

aka sex on the beach

Only playable in these sort of games, but just doesn't make much of an impression any more.

I think it's time for either a short stint in Italy/USA or to start getting those coaching badges, Juan.

He's done as a player, he's needs to have slow league or retire. I will never, ever understand why he was given a new contract.

Poor guy. He really tries. He’s got a brilliant football mind - you can see it with his movement and decision making. Unfortunately he’s just so small and slow that makes him a fart in the wind

Expected much more from him in this game. Got in good positions in the box a couple of times only to surrender the ball.

Should not play another single minute for us.

it’s amazing how he has blagged six years here on the back of two goals against a Liverpool side who were about to get their manager sacked. In terms of value for money, one of United’s worst ever signings.

Not having enough impact to justify his selection, though in this instance, I guess the options were limited.

No longer at risk of being mistaken for a Scouser

One of the most pointless player we had in last 2-3 seasons. Nothing player and if he wasn't Spanish he would have been called as donkey. He is the worst player in the squad and yes, he is worse than Pereira and Lingard.

Slowest and weakest player in the league. Gets into good position but fluffs the kick or final pass, ball falls into his stride, instead of going for the goal, backheeled to Fred's right side when he is left footed player.

People really look for reasons to praise him when they use terms like 'intelligent' 'smart' 'technically good'. He isn't, he had good first touch but now his touch is erratic, afraid to go for killer passes, afraid to shoot, his crosses are just floating ball which is easy to defend.
Threadmarks
You must log in or register to reply here.