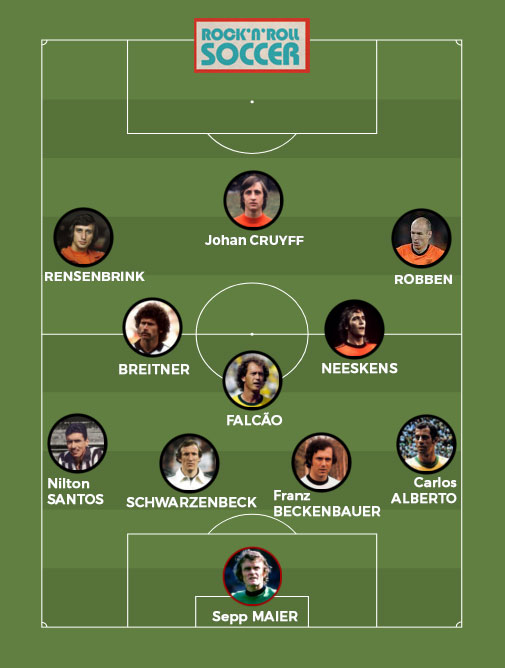 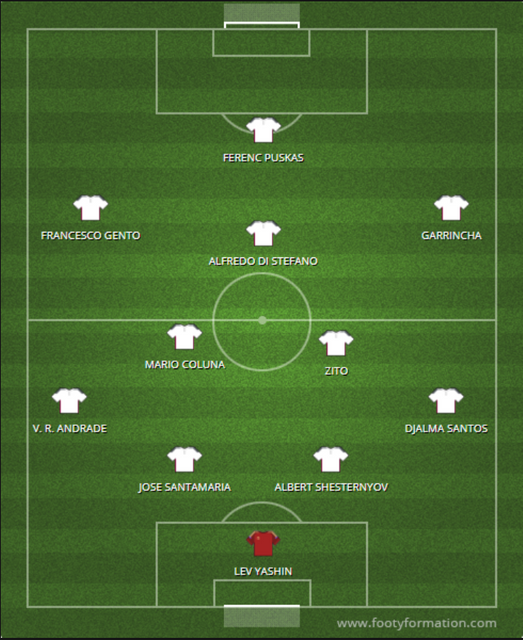 The 1970s were fast times of wild and memorable characters. Before the era of big money but after the first round of televised World Cups, the North American Soccer League embodies much of fun and eccentricity of this beautiful era. Boasting the best players of the decade like Cruyff and Beckenbauer we return you to these wild and fun times. A time before cynical monetization where you can connect with your inner child and just root for your favorite players who played for pure passion for being the best not being the wealthiest.

Our defense of Nílton Santos, Der Kaiser and his trusted lieutenant Hans-Georg Schwarzenbeck, and Carlos Alberto forms an extremely accomplished platform for the team, with three or the quartet being enshrined in the World Team of the 20th Century (and considered among the greatest in their respective roles):

In goal, Sepp Maier was the core of Germany’s World Cup and European Championship winning defense and Bayern’s trio of European Cups with Beckenbauer and Schwarzenbeck — and was voted 4th in the World Keeper of the Century poll. 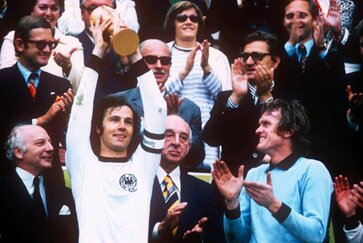 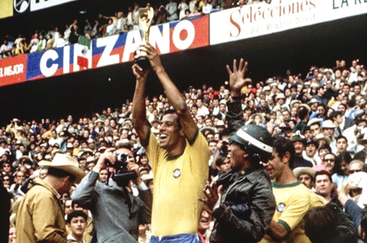 In total, they have won 6 World Cups between them — 2 of them as captains (in 1970 and 1974), and as such, they can handle a variety of potent attacking combinations thrown at them by the opposition team.

Nilton's defense prowess is probably underrated today especially with a famous anecdote from a training sesson. This is a good video showing just how great Nilton was:

Johan Cruyff, the Clockwork Orange and the quintessential False 9, leads our attack as the primary playmaker of that portion of the pitch — constantly probing the opposition defense for passing/dribbling/goal-scoring opportunities and trying to disorganize the backline with his elaborate movement, and is complemented by two Dutch players in Rob Rensenbrink (aka Slangenmens, Dutch for Snake Man)...who famously excelled with Cruyff for the Oranje and then subsequently the nation to another final in 1978:

And Arjen Robben...whose rapid and incisive playing style complements the older Dutch players impeccably — synergizing the attack into a whole that is greater than the sum of its parts, and that is true for other parts of the pitch, too — considering the commonality in approach and overall ideology, as well as the fact that 9 of the Starting XI have played with each other (which should enhance their interpersonal chemistry).

Victory will be ours!

GodShaveTheQueen said:
My formation if I make it to the final has been decided from R1 and all 5 of them will start. It will probably lose but its so awesome. I will post it if I lose this game.
Click to expand...

Liar! Why did you change your mind? Was it Gento's workrate or complete lack of reinforcements? It would've been a suicide, of course, but a glorious one.

As often happened in this draft, there will be loads of goals in this one. I like that onevictus returned to this midfield trio, I think it's a pretty good combination that works very well together.

I've just remembered that I've actually used Falcao and Neeskens in the same formation in my very first draft and it wasn't received well. But the idea was that Bonhof (Breitner here) and Neeskens will also cover wide areas and Falcao would have the most creative freedom. Breitner is a good choice to help out Nilton with his gigantic task.

harms said:
Liar! Why did you change your mind? Was it Gento's workrate or complete lack o reinforcements? It would've been a suicide, of course, but a glorious one.
Click to expand...

This was the eventual plan (a proper final ode to Di Stefano and the Magyars which is why Gento doesn't feature) with at least one of Zebec or Shesterenyov upgraded to more relatable and rated ones by the voters so it doesn't end up looking suicidal. No reinforcements more or less wrapped up my interest in experimenting and explaining. Guess there is always a next time. 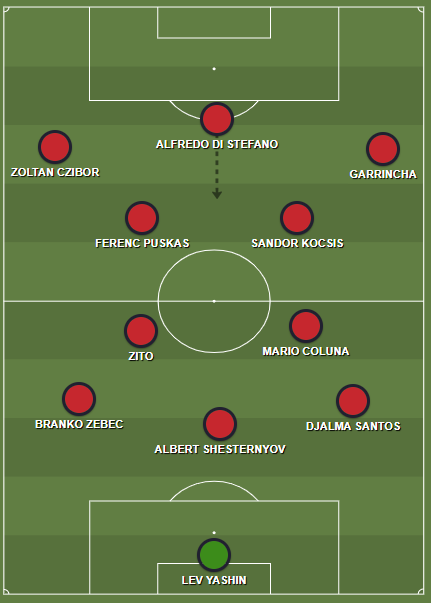 This has been a truly surreal experience — for the most part, there was not much to look forward to in terms of team-building and re-configuring the setup (which is probably the favorite aspect of these drafts for a lot of managers), and that created a sense of ennui — which seems to have finally trickled down to the observers, too!

e.g. Side-by-side comparison of our Round 1 team and the team for the Final, and there's nought between them (in terms of either quality or overall structure/approach)... 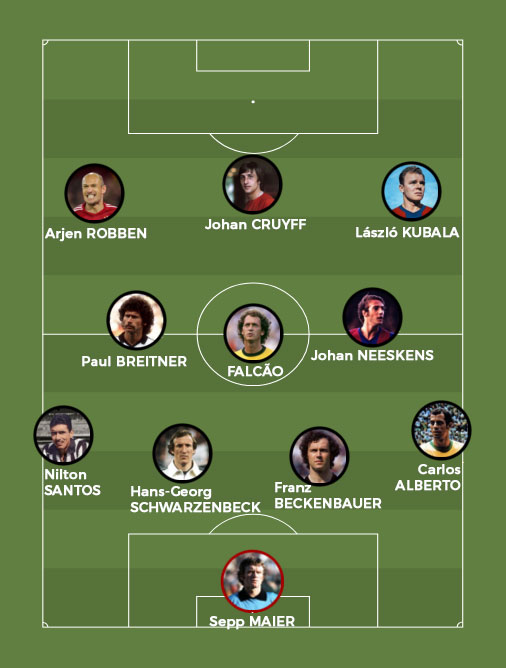 Only one maneuver: Rensenbrink for Kubala, and not for a lack of intent to effect change given the Quarter/Semi-Final outings for Bonhof/Jansen! (╯°Д°）╯

Reinforcements (lack of) killed the draft

We have 2 nearly all star teams and still?

2 injuries per RR would be a good solution

Šjor Bepo said:
2 injuries per RR would be a good solution
Click to expand... 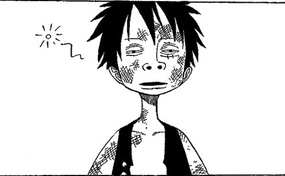 Edgar Allan Pillow said:
We have 2 nearly all star teams and still?
Click to expand...

Not being able to change things or improve your team is real put off for both managers and voters..

Enigma_87 said:
Not being able to change things or improve your team is real put off for both managers and voters..
Click to expand...

They had 2 attempts and blocked each other. I was even willing to give a 3rd attempt which was veto'd by onenil. Not sure what else can be done.

Invictus said:
e.g. Side-by-side comparison of our Round 1 team and the team for the Final, and there's nought between them (in terms of either quality or overall structure/approach)...
Click to expand...

Well, you've changed the pictures for Beckenbauer, Cruyff, Neeskens, Falcão and Maier #likeanewsigning
Nice choice by the way. I assume that there were no colour pictures of Nilton in Brazil yellow kit?

harms said:
Well, you've changed the pictures for Beckenbauer, Cruyff, Neeskens, Falcão and Maier #likeanewsigning
Nice choice by the way. I assume that there were no colour pictures of Nilton in Brazil yellow kit?
Click to expand...

There are. But they're mostly faded, cropped off-center, have weirdly restored colors — or, he's scowling and looking displeased with his surroundings! 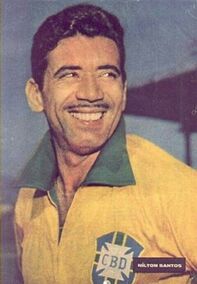 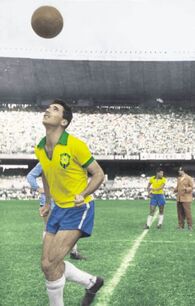 Good game @GodShaveTheQueen. We were wary of your (and Moby's) offensive juggernauts from the beginning, so the one-sided Final scoreline is a bit surprising.

I got to try so many setups in one draft which was amazing and of course the Ludo table was fun. Nice concept and well run @Skizzo and @Edgar Allan Pillow

Based on the last 5 drafts, the road to victory is through me.

Ludo draft - Lost to onenil/Invictus in the final.

So be glad if you draw me in the future. There is a good chance you'll win the whole thing

That post sounds very Tuppet'y. And with Swarm lurking...

I got to try so many setups in one draft which was amazing and of course the Ludo table was fun. Nice concept and well run @Skizzo and @Edgar Allan Pillow
Click to expand...

Cheers mate. You were one of the teams we feared facing. This was my favorite team ever drafted. Never thought I could actually nab Cruyff and Beckenbauer in the same side let alone for the first round.
And I personally loved the midfield of Falcão, Neeskens and Breitner.

We should all thank Invictus. With how busy I got, everyone would have been waiting an extra 30-40 hours during the draft for me to pick

Yeah, struggling to remember him winning any before, which is crazy given the number of all-time drafts that he's contested in some shape. Shows the challenge of building a complementary team, one which you and Onenil overcame with ease. Kudos.
You must log in or register to reply here.