Hi all - I've been able to bring you some Ed Woodward leaks in the past - be it the Player Analysis that he left behind in TGI Fridays last summer or the internal e-mail circulated to staff later that summer. I've been fortunate enough to be able to grab another one this summer. It's not particularly juicy, but another mate of mine was spraying down Woody's office with disinfectant (gluten free, per Ed's request) as part of Covid 19 precautions, and he managed to get a few pics of Ed's search history. Pardon the poor quality but he took the pictures quickly so as he wouldn't get caught.

You have to read each picture from the bottom up as that would have been the order Ed was searching in. I for one certainly find them to be a revealing and an intimate insight into Ed's character. 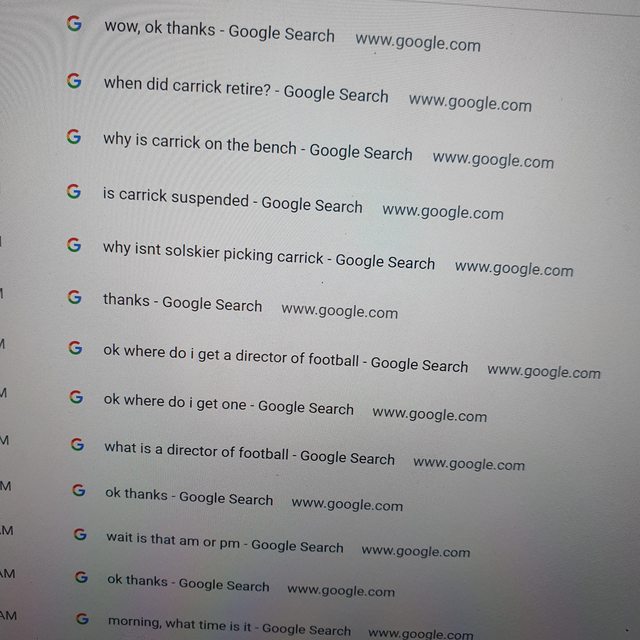 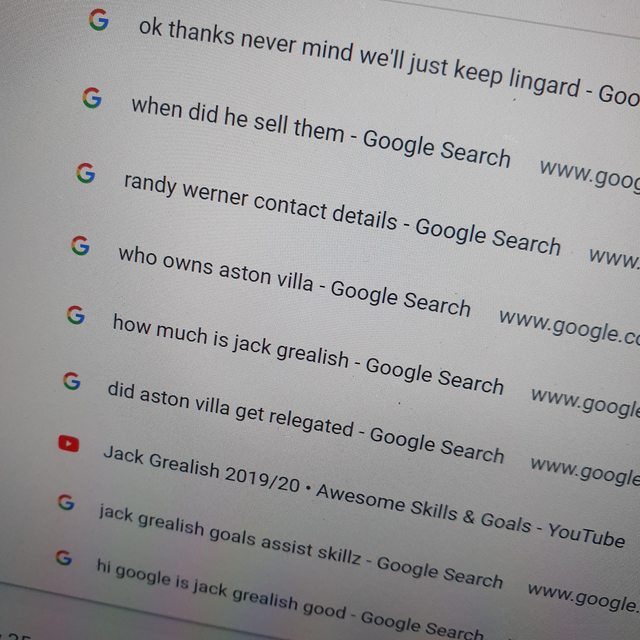 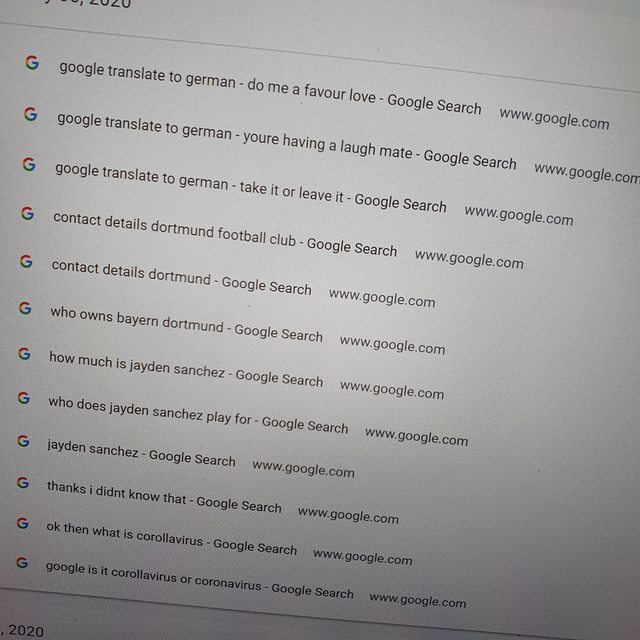 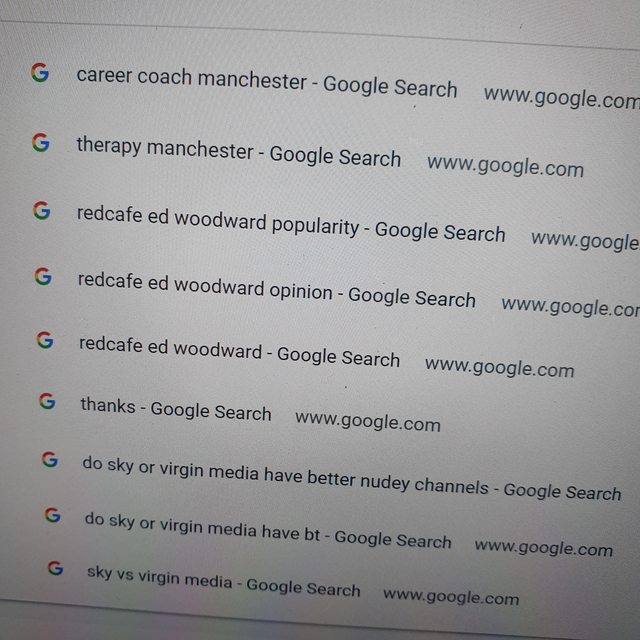 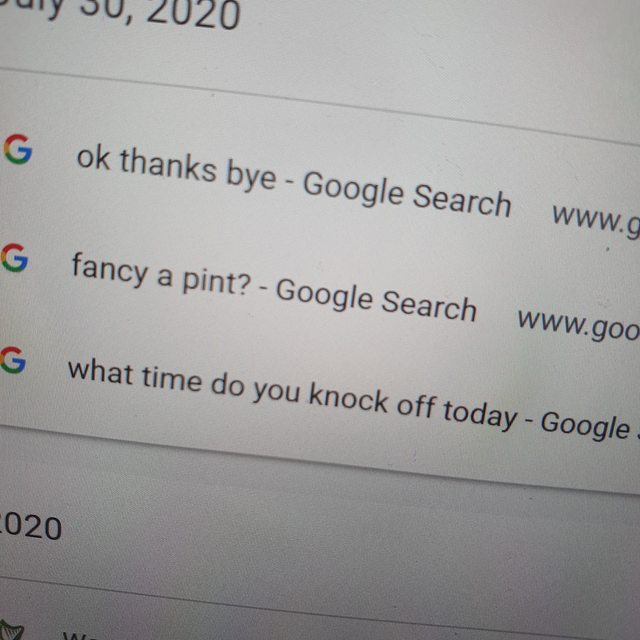 Coolest Cracker in the box

Location
We all love United

Meh I don’t really see the funny side of it. It’s just another pointless tool or platform to ‘attack’ Woodward

SATA said:
Meh I don’t really see the funny side of it. It’s just another pointless tool or platform to ‘attack’ Woodward
Click to expand...

Google has been around way longer than Woodward. You’re paranoid.

Yeah, and don’t forget we haven’t signed anyone yet, or a DoF. So Ed deserves everything he gets.

Think we all understand It’s a fake, but actually wouldn’t surprise as Ed certainly knows how to stretc( things out, and then come up with the excuse that he can only handle one transaction at a time.
This is an ideal window to enable the club to take a giant step in catching up with the 2 teams streets ahead, but as usual we seem to be mired in quicksand, how refreshing would it be for a club the Size of Man Utd to act swiftly and decisively to set the club up for a new season. Even Jose couldn’t believe how long it took for players to be signed, certainly when they weren’t available for pre season, that’s not counting the so called disbelief of Van Gaal, although his actual targets were possibly questionable.
it’s true that negotiations are always tough, but when Chelsea can get players like Pulisic and others reasonably early , is someone trying to show how smart he is rather than conclude business for the clubs benefit.

I almost believed it untill I got to corrolavirus

Thanks for the laugh!

I don’t think Woodward is forward thinking enough to use Google Chrome. He has the face of a man who still uses Internet Explorer or worse... Microsoft Edge.

Location
Going through the Desert on a Horse with no Name

As funny as the ballroom blitz on a first date with somebody you are desperate to impress.

At least he refused to sell Martial.

english to german translation tickled me

Point of this thread is...

The conversation he's having with Google thanking Google

That was pretty funny tbf

Why is he always on holiday
You must log in or register to reply here.