A leaked Elden Ring trailer is being actively circulated in online chat groups, VGC can confirm.

The video, which has been seen by VGC but cannot be shared for legal reasons, is labelled as ‘Bandai Namco confidential’ and shows a significant amount of off-screen footage, from what appears to be a planned gameplay trailer for the From Software title.

The video leak represents the first significant update on Elden Ring since it was announced in June 2019, and the first time anyone has seen gameplay outside of its publisher or developer.

“I can only imagine what drives you to seek the Elden Ring,” a narrator says in the trailer. “I suppose you can’t be talked into turning back. Very well then!”

The gameplay footage then shows a montage of familiar Souls-style melee combat, boss battles against a fire-breathing dragon and a large, sword-wielding foe, and a glimpse at horseback combat in a large, open environment.

The trailer calls Elden Ring “an all-new fantasy action RPG franchise from the creators of Dark Souls, Bloodborne and Sekiro”.

Since the off-screen clip seen by VGC seemingly only shows a portion of the trailer, there is no release date mentioned. However, we understand Elden Ring has already been delayed several times internally due to disruption caused by the pandemic.

People with knowledge of the game’s development told VGC that production has been significantly hampered by remote working restrictions, which have been in place for nearly a year. One person close to the game’s development said that, due to the disruption, they believed it was unlikely Elden Ring would make it out this year.

However, the fact that a trailer is being circulated online suggests that an official reveal might not be far away. More than one high-profile games reporter has recently suggested that publisher Bandai Namco Entertainment will soon lift the lid on Elden Ring.

GamesBeat reporter Jeff Grubb said on Friday that he’d heard the title was being planned for an unveiling soon. Bloomberg’s Jason Schreier echoed the comments, stating that there was “strong evidence” the game would be shown soon.

Xbox’s marketing boss denied this weekend that Elden Ring could be revealed at an Xbox event this month.

Responding to a press article speculating on the reveal, Aaron Greenberg wrote: “Elvis is a prick and just to set expectations: this is not happening. There are always things we have in the works, but nothing coming soon that would feature game announcements or world premieres like this.
Click to shrink...
Click to expand...

Man I hope this game lives up to the hype.

There was already a gameplay trailer? It looks great...

Is this a Witcher/Skyrim thingy?

Location
Awaiting a new life on an off-world colony 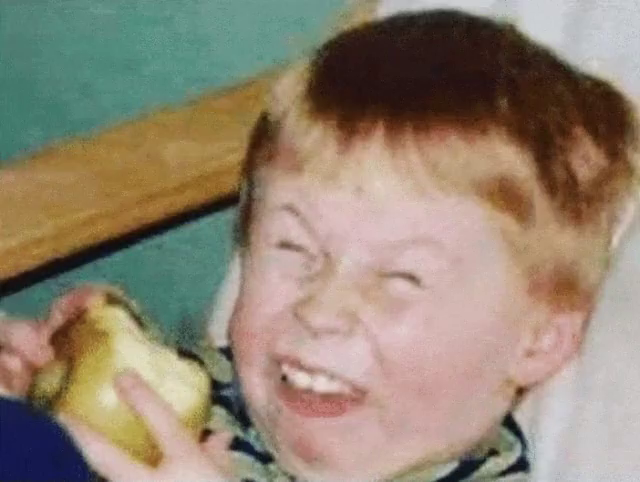 You're a fecking ring.

Thanks. People are talking like everybody should be hyped by Elden Ring - which would suggest its based on a book, or a movie or some something. If it's just a random new upcoming game then why the hype?

Announced at E3 2019, Elden Ring is an upcoming dark fantasy action role-playing game developed by FromSoftware and published by Bandai Namco Entertainment and FromSoftware for Microsoft Windows, PlayStation 4, and Xbox One.[1] The game is being directed by Hidetaka Miyazaki, best known for creating the Souls series also developed by FromSoftware, with worldbuilding by fantasy novelistGeorge R. R. Martin, best known for his A Song of Ice and Fire novel series.[2]

balaks said:
Thanks. People are talking like everybody should be hyped by Elden Ring - which would suggest its based on a book, or a movie or some something. If it's just a random new upcoming game then why the hype?
Click to expand...

It's a collaboration between the game studio that created the Dark Souls series and George RR Martin, who wrote / is writing A Song of Ice and Fire (aka Game of Thrones). Suffice it to say the hype is through the roof.

balaks said:
Thanks. People are talking like everybody should be hyped by Elden Ring - which would suggest its based on a book, or a movie or some something. If it's just a random new upcoming game then why the hype?
Click to expand...

FromSoftware have a strong cult following and have spawned a new genre of game through their Dark Souls series. That coupled with George RR Martin (who wrote the books Game of Thrones is based in) being involved in the writing has resulted in some hype.

TheMagicFoolBus said:
It's a collaboration between the game studio that created the Dark Souls series and George RR Martin, who wrote / is writing A Song of Ice and Fire (aka Game of Thrones). Suffice it to say the hype is through the roof.
Click to expand...

Ahh ok - I've never seen the appeal of Dark Souls so I guess I'll be giving this one a miss.

I doubt you could even imagine it.

Shane88 said:
There was already a gameplay trailer? It looks great...

Long one, it is supposedly year old footage trailer, new better one is coming this month.

I'm just glad this thread isn't the first thing I've seen of the game, otherwise I would probably be burning all my computer stuff right now.

George R R Martin is writing it? 2022 seems optimistic then.

You're not wrong! That prick should be tied to a chair writing Winds of Winter until its done. No new projects allowed at all. I can't believe I'll almost have to reread then entire series because of his shit writing pace. Anyway looks like a good game.

June 2019 the trailer released. This thing would want to be mind-blowing after this much time spent on it.

But Cyberpunk was worked on for a load of time too...

That looks amazeballs. 21st January so not too long to wait either.

Yep. I’ll be summoning for help.

Looks exactly like what you would expect by From Software can't wait.

Dark Souls 4 in all but name. Not that that is a bad thing.

Chosen Undead. Bearer of the Curse. Ashen One. Tarnished.

Is it Gaizka Mendieta?

Location
None of your business mate

I've got to be honest, you can clearly see from this trailer that it also releases on last-gen (or current-gen for most people) hardware. It looks sort of dated in parts. The scale is clearly on another level though, I even got some Shadow of the Colossus vibes from certain scenes. This was always going to be a purchase for me no matter what.

I think it's offering a "free upgrade" to next gen owners.

Love Fromsoft games, but this looks a bit samey? Thought they'd want to change things up a bit on the new consoles.

I've always thought the idea of a proper open world RPG with an actual story with Dark Souls' combat would be something special. Hope they try to go for that leap at some point.
Last edited: Yesterday at 06:40

Shane88 said:
Dark Souls 4 in all but name. Not that that is a bad thing.

Chosen Undead. Bearer of the Curse. Ashen One. Tarnished.
Click to expand...

Yup. Sounds good to me though

It looks a bit generic tbh. I would have hoped they would have evolved a bit beyond Dark souls. But since it's from Fromsoftware it's probably going to be awesome.
You must log in or register to reply here.