The saviour of our season (ask Maradona10)

MATCH POSTPONED
THIS IS THE ORIGINAL MATCH THREAD 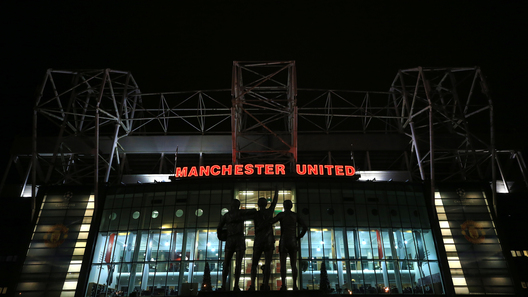 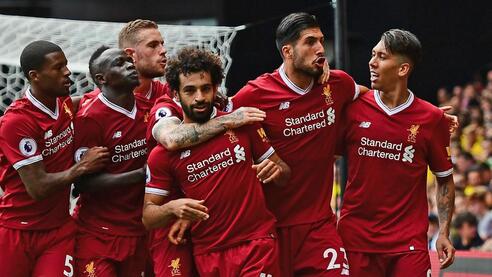 Liverpool Football Club (nicknamed The Reds) are an English professional football club based in Liverpool, England. Liverpool were originally founded in 1892 as "Everton F.C. and Athletic Grounds Ltd" (Everton Athletic for short), before finalizing on the name Liverpool Football Club and Athletic Grounds Ltd. after a dispute between the Everton FC board and John Houlding, the owner of Everton's former premise at Anfield Road.

Liverpool's forays into competitive football started when they joined the Lancashire League. After winning the league title in their first season, Liverpool were accepted into the Football League for the 1893-94 season, following the resignations of Accrington and Bootle. Liverpool reached its first FA Cup Final in 1914, losing 1–0 to Burnley. It won consecutive League championships in 1922 and 1923, but did not win another trophy until the 1946–47 season, when the club won the First Division for a fifth time under the control of ex-West Ham Utd centre half George Kay.

One of the most successful and storied clubs in the history of European football, Liverpool have won 19 English league titles, 6 European Cups, 7 FA Cups, and 8 League Cups, peaking in the 1970s and 1980s, first under the enigmatic Bill Shankly, and then his Boot Room successors. Liverpool have two fierce historic rivals: crosstown club Everton FC (matches between them are termed The Merseyside Derby), and Manchester United (stemming from the success of both teams as well as the cities' competition in the Industrial Revolution of the 19th century).

I really want to beat these in the league

Henderson
Wan Bissaka Lindelof Maguire Shaw
McTominay Fred
Greenwood Bruno Pogba
Rashford
​
Though Cavani should start if he's good, we just never leave Rashford out of big games (rightfully so), and Cavani hasn't really played back to back games too often this season.

A win should guarantee us top 4 except on goal difference right?

If WHU and Everton don't win then we're guaranteed top 4 if I've done my maths right.

I was expecting us to rest players for the second leg but do we need to now?

It would be great to kill off their chances of top 4.

We need to end their hopes of Top 4

Should be the team below but I'm sure it'll be Rashford over Mason.

No excuses. Mash these cnuts. Don't show them more respect than they currently deserve, which is very little. Don't expect some terrifying big game. Treat them the same way we would treat Villa or West Ham or Everton or any of the rest of that chasing pack. Play our game, and play it aggressively.

Beating Liverpool is always important.. should be motivation enough.. Dont need the points.. but fecking Liverpool over would make a win sweeter.

prateik said:
Beating Liverpool is always important.. should be motivation enough.. Dont need the points.. but fecking Liverpool over would make a win sweeter.
Click to expand...

Absolutely. We found some good form tonight V Roma. Now push on. No holding back. Strongest team, focused on the job from the off.Get after them.

Reckon it's this with Cavani coming on from the bench 60-mark.

Would appreciate you ending Liverpool’s season.

If we beat the dippers will you promise to beat City next week please? Thanks.

A classic Ole 0-0 draw would do that. I suspect Ole will actually go for the 0-0 because 1. we don't need to win 2. its the easiest type of result to set up for 3. it effectively ruins Liverpool's season. If you assume Chelsea will beat Fulham (which isn't a given as they'll likely rest some players ahead of the CL 2nd leg) then a 0-0 draw would leave Liverpool 6 points off 4th with 4 games remaining which looks a long shot.

With the above in mind I hope Ole plays the following and just tries to stink the place out:


Henderson
Williams Bailly Maguire Telles
Matic Tuanzebe
Diallo VdB James
Greenwood
​
Playing a 2nd string side and getting a result would also humiliate Liverpool. with that team we can just cede possession all game and try and hit them on the counter.

We're going to maul them.

Liverpool's confidence has been shot as of late.Let us take full advantage. Another less crappy first half and awesome second-half please!

Need to take full advantage of this as I would think that City will drop more points due to their CL and FA ties.

It’ll be the same side as yesterday bar Henderson in goal.

I honestly feel that at the moment, if we are playing with two defensive midfield players... Rashford doesn't get in the side.

I don't want us to leave him out and I'd rather we played one DM, but it doesn't seem like Ole wants to do that in big games especially.

I really can't see Diallo starting, it would be a baptism of fire that I can't see Ole doing as he barely even plays when we're winning by several goals

I worry about mid week hang over, but feel like we should go full strength and rotate in Rome.

Play our strongest team - smash them.

Just shows how much we need a reliable midfielder.

A young carrick right now would be brilliant.

I fear Mctominay and Fred May pick up an injure soon with the amount of work they are getting through.

I mean I wouldn’t be against putting Bailly in the midfield.

Even Bailly and/or Tuanzebe, they can run around a lot and know how to defend and are decent passers.

I don’t know but I feel Ole May rest one of them.

I often complain if we don't play like United teams of old but for this one, I don't care if we win 1-0 with them scoring a ridiculous own goal. Just beat this lot, please

Great thing about yesterdays big win is we can go all out against Liverpool and then rest Cavani / Pogba / Bruno (ha! yeah right) in Rome on Thursday.

So yeah, imagine it'll be the exact same XI on Sunday.

charlenefan said:
Worth saying if City beat Palace and we loose City win the league
Click to expand...

They are going to anyway

Can rest people next Thursday while giving minutes to the players who need them.

The Oracle said:
We need to end their hopes of Top 4
Click to expand...

Absolutely this. The points are important for us but I'd argue it's even more important to stop them getting top 4.

Really could leave them in a difficult position for next year if we win.

pauldyson1uk said:
They are going to anyway
Click to expand...

It's a strange problem to have but its very clear that Rashford, Martial and Pogba all play their best stuff from the Left.

I'd go with Pogba on Sunday and let Marcus play down the centre.

Not sure how Ole will line them up, but every game for Pool is a must-win at this point. They cannot sit back (and to be fair, they don't against us, which is a novelty in the league) so they'll be ripe for scoring on.


RuudTom83 said:
It's a strange problem to have but its very clear that Rashford, Martial and Pogba all play their best stuff from the Left.

I'd go with Pogba on Sunday and let Marcus play down the centre.
Click to expand...

And sub in Cavani at the half. Ageed on the left side thing. We still need someone on the right, at least as a backup to Greenwood. If Cavani stays, we can put off getting a striker for a year or hope Martial finds himself again.