TheReligion said:
How do you get the arrows pointing inwards as opposed to up and down only??
Click to expand...

Only works if your device can run JavaScript. Just click on his shirt, and the click the grey button that appears around him in the direction you wish to have him run.

QPR's New Signings Matri, Dede and Valero on the bench.
More to follow...

The more I look at it, the more I think I may lose. fecking tactics....

Just looking at the Everton lineup I'm facing - they're looking pretty tasty with Llorente, Scholes, Boateng and Welbeck amongst others. Not very confident!

All teams have decent XI's. No game is a given.

Damn I thought I was the only one who knew about the arrows. I think you get about a 20% boost per player per arrow used, but it drops your fitness an extra few percent.

Big-Red said:
Ehhh, what do the arrows do? Are they attacking runs, or defensive runs. Get me?
Click to expand...

I am not even aware of the said arrows.

Don't give them hints about the arrows! Soon you'll be telling them about the fecking Stars Robo! 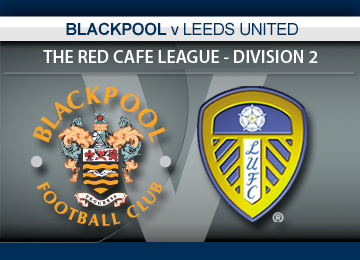 Piszczek and new signing Petersen fail late fitness tests and are placed on the United bench. Keisuke Honda captains the side and has been confirmed permanent United captain. Champions League Pinto is a surprise inclusion on the bench after Pinto's poor performance against Brighton & Hove Albion, which means that 22 year old Neto starts in goal. The Yorkshire side line up with the same formation that they started off with in their 2-1 away win over Division 1 team Chelsea.

rcoobc said:
Damn I thought I was the only one who knew about the arrows. I think you get about a 20% boost per player per arrow used, but it drops your fitness an extra few percent.
Click to expand...

It opened up my defence when I played maniak yesterday. I didn't provide enough cover

Should a game make me nervous?

Do we get the scores straight away?

Usually around 6-8 minutes past the results come out.

They come ten minutes after 8 mate.

Here we go, any second now

I really shouldn't be this nervous over an internet game.

KM said:
I really shouldn't be this nervous over an internet game.
Click to expand...

It sure is weird. I play in other world and don't get nervous at all, but in this world I really wat to kick your manc asses.

I just got Phil Brownd. Well in, Big Red, you cnut.

There are no words

Fantastic start to the season

Need to set up my substitutes, only set them up, so they would come on if I was losing or drawing.

Bit of a weird result, got beat 0-3 by Wolves. Pretty much had the same average ratings with my keeper performing better.

Booo! Stoke lost to Man United 2-1 despite having more possession and more shot on target.

This game is stupid.
Threadmarks
You must log in or register to reply here.